Damehood among the four Queen’s honours for University

Four University of Manchester staff members have been recognised in this year’s Queen’s birthday honours, announced on 15 June. 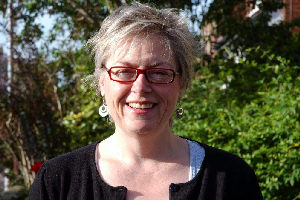 Professor Nicky Cullum, from the School of Nursing, Midwifery and Social Work, has been made a Dame for her services to nursing research; and Dr Teresa Anderson, Director of Jodrell Bank’s Discovery Centre, has been awarded an MBE.

Professor Anthony Heath, from the School of Social Sciences, has received a CBE; and Professor Professor Rodney Brazier has been made a Member of the Royal Victorian Order (MVO).

Nurse academic Nicky has a particular interest in developing the evidence-base for the prevention and treatment of wounds, particularly pressure ulcers, leg ulcers and surgical wounds of hospital patients.

She said: “I’m overwhelmed, shocked and surprised. This isn’t just my work and I want to thank all the people I have collaborated with to produce the research. I look at conditions like leg ulcers and bedsores to see how to improve treatments. It’s the less glamorous side of nursing but it affects thousands of patients and is something nurses have to treat and deal with every day.

“I’ve worked with hundreds of community nurses who, as well as doing their demanding day jobs, have helped me to gather research with no extra pay or recognition. This honour is as much for those nurses and researchers who have worked on the research as it is for me.”

She said: “I’m delighted and honoured to be awarded a MBE. The Discovery Centre has been open for just over two years now and has gone from strength to strength. Our core aim is to inspire the scientists of the future and, as the Director of the Centre, I’m immensely proud of what we have achieved in such a short period of time.

“The Centre has a wonderful set of exhibitions and a vibrant education programme that aims to reach out to the widest possible audience, especially local schools in our most disadvantaged communities. We already attract 15,000 school pupils each year and I’m incredibly proud of the team. This honour is for all of them who help enthuse our young visitors.”

Rodney received the MVO for services to constitutional law. The MVO, an honour awarded personally by the Queen, is normally received by her private household.  He has been advising Buckingham Palace since 1996 on constitutional issues.

He said: “I’m delighted to receive this honour. It’s been a privilege to put my constitutional law expertise to practical use. It’s particularly gratifying to have received this award while not being a member of the Royal Household.”

Anthony is a Professor of Sociology and has been awarded a CBE. His research focuses on ethnic minorities and their integration in Western society.

He said: “I’m delighted that my work, looking at issues of social inequality among ethnic minority groups, has been recognised in this way.

“So this award gives me a greater obligation to continue with this work. It is so important to address inequality affecting underprivileged groups and make sure the issue is kept alive by academics and decision makers.”