Andrew helps us Springwatch the birdie 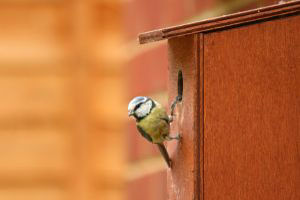 An interface for a mini computer developed by a University researcher, using Investing in Success funding, has featured on the popular BBC TV show Springwatch.

Dr Andrew Robinson developed PiFace, an add-on for the mini computer Raspberry Pi, which itself was developed to improve the teaching of basic computer science in schools. The number of pupils taking ICT GCSEs and A-levels has fallen dramatically, with the knock on effect that applications to computing and telecoms-related higher education courses in the UK has declined by 44 per cent since 2001.

However, for it to be a success, Andrew knew making it appeal to youngsters and first-time computer users would be key. He realised it needed to hook into real-life applications, be relevant and exciting, inspirational, and easy to use – so he developed PiFace.

The gadget, and a series of events to showcase it, fired up not only youngsters, but teachers, parents, pensioners and University colleagues too, with new uses created in schools, homes and across the campus.

One such use – monitoring the activity around a woodland bird box – has now featured on Springwatch, watched by more than 2 million viewers.

Springwatch and its partner Autumnwatch are annual BBC television series which chart the fortunes of British wildlife during the changing of the seasons in the United Kingdom. Broadcast live from locations around the country in a primetime evening slot on BBC Two, they have a crew of 100 and more than 50 cameras, making them the BBC's largest British outside broadcast events.

Many of the cameras are hidden and operated remotely to record natural behaviour of, for example, of birds in their nests and badgers outside their sett. ‘Story developers’ usually watch the footage but in this case Andrew’s gadget does that for them.

Attached to the nest box and a weather station, it records the birds’ entry and exit as they feed their chicks, measuring activity against temperature and wind speed. It has revealed how the weather affects the way birds feed their young.

The show’s presenter Chris Packham was impressed: “These things are very, very inexpensive – the price of a Chinese takeaway.

“Pretty soon, young ornithologists, kids in school, could have this thing and be measuring these parameters just like Andrew is, so we can learn more and more about these birds.”

Andrew, at the School of Computer Science, agrees: “Traditionally, recording bird activity was a manual process and required many hours of constant nest watching. But thanks to this technology, with a couple of taps of my smartphone I can monitor the bird activity in my garden from anywhere in the world.

“As far as we know this has never been done before, so it's real cutting edge stuff. For me it's really exciting as it shows how computing isn't just about beige boxes on desks. What's also great is that it's easy, affordable and accessible for everyone to do.”

Andrew would like to hear from anyone who would be interested in learning more about interfacing with computing, either for their research or personal development. Email: Andrew Robinson