Free talk for adults by Baby Kung (The University of Manchester) on Wednesday, 12 June (1-2pm) at Manchester Museum. 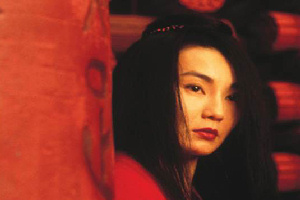 Chinese cinema began its rise to global prominence during the 1980s as it started catch the attention of prestigious international film awards.

China’s is now the third largest film industry in the world, with an increasing number of Chinese films screened on mainstream Western television and appearing at international film festivals. Titles like Infernal Affairs (2002) and Kung Fu Hustle (2004) were extremely popular in the UK around 2005 and that interest continues to grow. As a result, Chinese cinema has come to play a crucial role in representing China and Chinese culture to the wider world.

This talk will provide a brief introduction to Chinese cinema and address the idiosyncrasies of these often marginalised groups of filmmakers.

The Confucius Institute public talks are free and open to all. There is no need to book, just come along on the day.