Vicky proves she’s worth it with prestigious award

A University of Manchester academic is one of four winners of one of the most prestigious awards for women for the outstanding quality of her research. 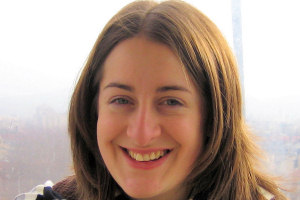 Dr Vicky Coker, from the School of Earth, Atmospheric & Environmental Sciences, was one of the four winners in the L’Oreal-UNESCO For Women in Science awards.

Two previous winners of the awards have gone on to win Nobel Prizes.

The recognition is due to her groundbreaking research into developing state-of-the-art imaging to map how toxic waste has an effect on plants and the environment.

Vicky, along with her fellow winners, has been given a fellowship of £15,000 each at a lavish awards ceremony, held at the Royal Society in London on 28 June 2011.

She is planning to spend a proportion of the prize on travelling between her base in Manchester and her worldwide research.

Dr Coker said: “I am absolutely delighted to have won the L'Oreal-UNESCO For Women in Science fellowship. This award will mean that I will be able to pursue my own independent research interests and I am thrilled.

“I had the honour of meeting world-leading, inspirational women scientists at the awards ceremony, which has given me the impetus to continue in my career ambitions.

“I am currently developing a career path for myself in research and this fellowship will provide an opportunity to develop an independent research program at Manchester while allowing me to travel to some of the other top scientific facilities in the world.

“Historically, science and engineering has been more challenging for women and initiatives like the L'Oreal-UNESCO FWIS fellowship provides further impetus to keep women working at the cutting edge of scientific research.

“I am planning to use the fellowship to provide a greater understanding of how two major environmental contaminants, arsenic and uranium, interact with the natural environment in order to assist with influencing mitigation techniques for these problematic contaminants.”

Faculty of Engineering and Physical Sciences Vice-President and Dean Professor Colin Bailey said: "I was absolutely delighted that Vicky won the L’Oreal-UNESCO for Women in Science Fellowship.  Vicky’s work on imaging the effect of toxic waste on plants and the environment is exceptional and this Fellowship will allow her to further support her research programme."

The four winners were selected by a panel of eminent scientists including Professor Dame Athene Donald, Gender Equality Champion at the University of Cambridge and FWIS laureate, who chaired this year’s jury.

She called for more to be done to encourage young women to consider science as a career. She said: “It is vitally important for aspiring scientists to have visible role models in science.

“There are still too many young girls who receive subtle messages that science is not for them and girls often believe that mixing families and a serious science career cannot be done.

“Despite these obstacles, there is plenty of talent out there amongst the women, as demonstrated by the L’Oreal-UNESCO For Women In Science awards this year. I strongly believe that acknowledging and highlighting the pioneering work of female scientists will help encourage more and more women into science.”

The fellowships, now in their thirteenth year internationally, promote the importance of ensuring greater participation of women in science by offering awards to outstanding female postdoctoral researchers.

The fellowships have been designed to provide practical help for the winners to undertake research in their chosen fields. Winners may choose to spend their fellowship on buying scientific equipment, paying for childcare, or whatever they may need to continue their research.