bluedot, which takes place at Jodrell Bank from 20 - 23 July this year, has announced this year's headline acts 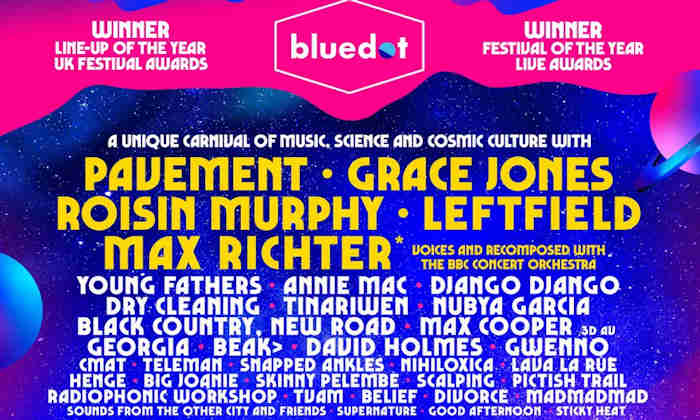 The legendary Grace Jones, Pavement and Roisin Murphy are among the names confirmed for this year's festival.

So far, the science names for 2023 include Chris Lintott and Maggie Aderin-Pocock, Brainiac Live and renowned climate change researcher and author, Mike Berners-Lee. The full science bill will be announced in due course.