A new Chancellor for the University 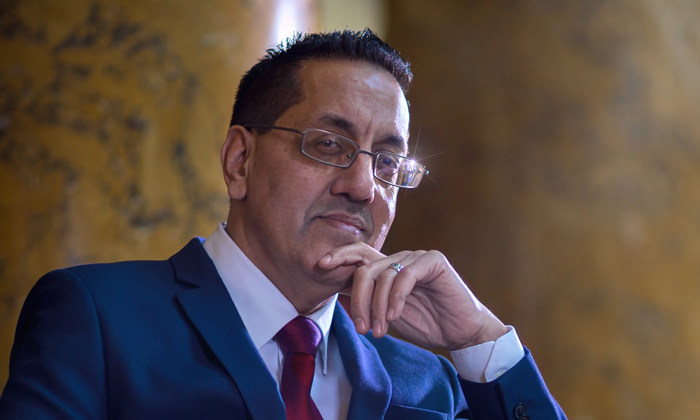 As of today, Nazir Afzal OBE will take over the role of Chancellor* for The University of Manchester from Lemn Sissay OBE.

President and Vice-Chancellor Professor Dame Nancy Rothwell said: “I would like to welcome Nazir into his new role within the University and to thank Lemn for the tremendous work he has done over the last seven years.”

Nazir, who lives in Manchester, was formerly Chief Crown Prosecutor for North West England and most recently Chief Executive of the country’s Association of Police and Crime Commissioners. Throughout his career, he has prosecuted some of the most high-profile cases in the country and led nationally on legal topics and campaigns including violence against women and girls, child sexual abuse, and honour-based violence. His high-profile prosecution of the ‘Rochdale grooming gang’ helped change the child protection landscape.

In addition to his accomplished legal background, Nazir also gives considerable time to charitable work and was recognised by the University with an Honorary Degree in 2017.

“Today & next 7 yrs I am Chancellor of Manchester University.

A huge privilege to serve this world leading institution

I follow @lemnsissay whose legacy is second to none

Immigrants, we get the job done”

Nazir’s installation ceremony will take place at the University in October.

*The Chancellor is the ceremonial head of the University and an ambassador who works with the President and Vice-Chancellor and other senior officers to promote the University’s achievements regionally, nationally, and internationally. The Chancellor is guided in their work by our vision and strategic plan as set out in Our future. This builds on a rich heritage of almost two centuries of social change and pioneering spirit that is at the heart of our University.