Looking back: By Royal Appointment

As HM The Queen's Platinum Jubilee celebrations approach, we look back at the historic day our University's Royal Charter was granted at our 2004 inauguration 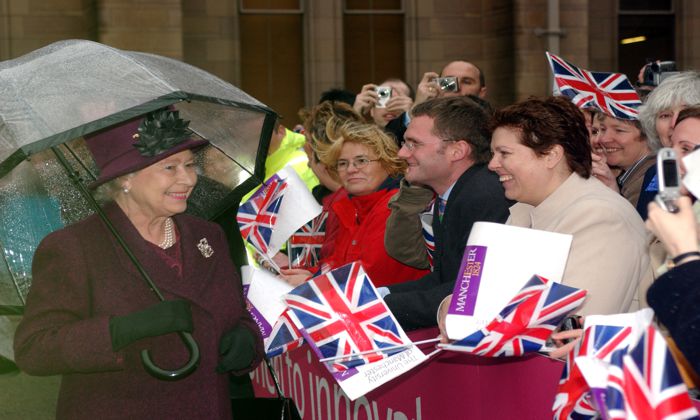 In typical Manchester fashion, it was a rainy day on 22 October 2004 when HM The Queen last visited our University to grant a Royal Charter - the first given to a university this century. The visit was the last of many she had made to the University since her coronation.

During her address, the Queen said: "In creating this new institution, you are building on a rich academic heritage and a fine tradition of excellence in teaching and research."

The Queen then met students and staff before joining a drinks and lunch reception in the Old Quad.