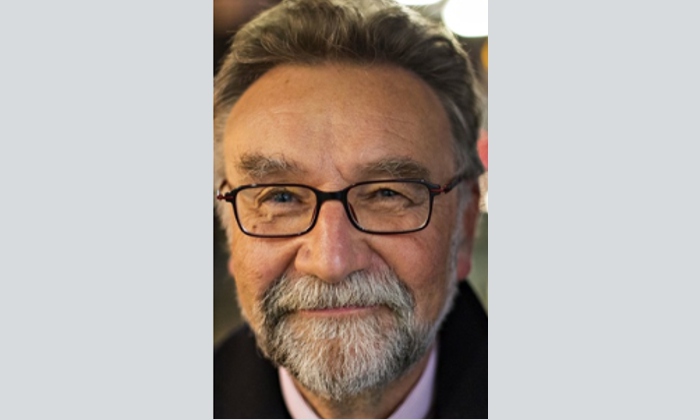 It was an emotional night at the Manchester Evening News Pride of Manchester Awards, as individuals from the city of Manchester were recognised for their dedication and community spirit.

Tony's experiences have seen him go to the frontline of major conflicts and disasters to provide emergency medical assistance, from war in Kosovo to Sierra Leone's Ebola outbreak. He was the doctor-in-charge after the Lockerbie bombing, and medical director of Manchester's Nightingale Hospital during the COVID-19 pandemic.

He has won countless awards and accolades, including an OBE in 1994 for his work providing humanitarian assistance in Sarajevo during the Bosnian war, and our University's Medal of Honour in 2018.

“Receiving this award is overwhelming but it's also very emotional,” Tony said.

“I’m Manchester born and bred - I’ve worked all over the world, but I’ve always lived in Manchester. And I’ve been supported right from the very start by the people of Manchester.”

He recalled seeing a letter in the Manchester Evening News many years ago, from a resident who said it made them proud to see a team from Manchester doing such important work in the places where it is most needed. “It really touched me - it makes me proud to be from Manchester,” he added.

Tony co-founded our Humanitarian and Conflict Response Institute and has recently written a book about his life, which charts his childhood growing up in Failsworth as well as his illustrious career in emergency medicine.