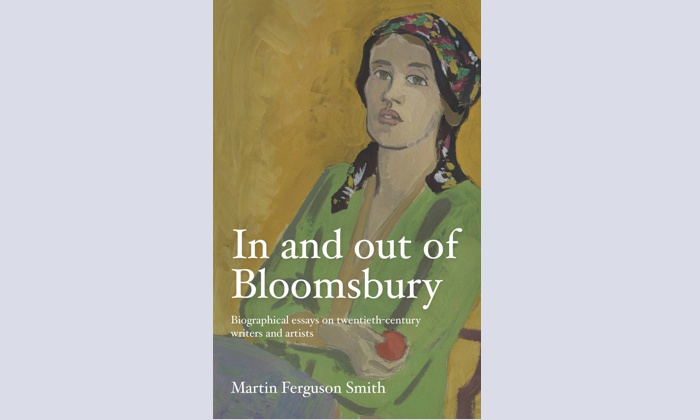 In and out of Bloomsbury: Biographical essays on twentieth-century writers and artists by Martin Ferguson Smith, Professor Emeritus of Classics, Durham University

John writes: 'Where can you find intimate photographs of the Bloomsbury set, an account of Virginia Woolf’s holiday in Greece, a discussion of an author known as ’the Hermaphrodite’, details of Dorothy L. Sayers’ schooldays, and information about J.R.R. Tolkien’s teacher who helped to inspire the Lord of the Rings, and just happened to be the offspring of an American Civil War general (who fought on the Southern, pro-slavery, side)? You can find it all in this volume, along with new insights into other members of the British literary and artistic elite of the interwar years (1918-39).

In and out of Bloomsbury is a volume of intriguing essays by the classical scholar Martin Ferguson Smith, covering members of the so-called ‘Bloomsbury set’ (the ‘in’ part of the book) and other contemporary writers and artists of the period (the ‘out’ part of the book. Although their lives are well-known, the author is able to unearth new pieces of evidence about them, which sometimes gives the book the flavour of a detective investigation. There are essays on two previously unknown portraits by Roger Fry; coverage of a nude photo session involving Vanessa and Clive Bell and Roger Fry at Studland in Dorset; an account of a trip to Greece by Virginia Woolf and her husband and friends; and in a more serious tone, a discussion of Virginia’s first attempt at suicide in 1913. There is also an interesting essay on the author and feminist Mary Louisa Gordon, ‘the Hermaphrodite’ as Virginia Woolf referred to her.

The ‘out’ section of the book includes essays on perhaps lesser-known contemporaries, including the novelist Rose Macaulay, and the schooldays of the detective writer Dorothy L. Sayers. There is also an intriguing chapter on Richard William Reynolds, who, although he did not figure highly amongst the literary figures of the time was able to influence others, including J.R.R. Tolkien. It turns out he was also the illegitimate son of an Arkansas General who fought in the American Civil War of the 1860s. If you are intrigued by the connection between the Wild West and British literary salons of the 1920s and ‘30s you’ll have to read the book!

The ‘Bloomsberries’ are now firmly established as part of the heritage industry. They were a privileged white minority (they were not particularly fond of the lower social classes or the natives of Empire), and it can be legitimate to ask if they are still relevant. But some ways their lives still speak directly to us, and with their liberal attitude to sex and struggles with mental illness they are irrepressibly twenty-first century. This volume shines a new light onto their activities and relationships. And it is all done in a very readable fashion.'