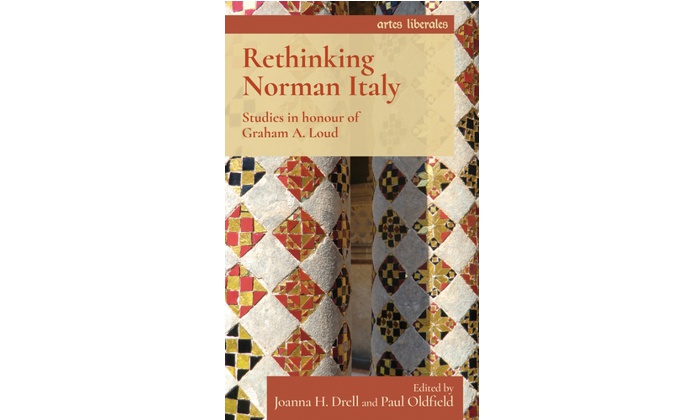 John writes: 'Northern Europeans love to holiday in the Mediterranean sun; that much has been made clear during the global pandemic, as people have continued to find ways to take breaks in the south despite the difficulties attached. You could say that the same was true in the 11th and 12th centuries, when groups of adventurers from northern Europe seized opportunities to interfere in the states surrounding the Mediterranean Sea and elsewhere. Inhabitants of the Duchy of Normandy were at the forefront of this activity. Arriving in Italy as mercenaries early in the 11th century, under their leader Robert Guiscard they went on to gain control of large parts of Calabria and Sicily from 1071, later extending their rule to cover most of Italy south of Rome.

The state founded by these adventurers soon became a powerful influence in the wider Mediterranean, actively involved in the Balkans, North Africa and Egypt as well as on the Italian mainland. The Norman rule in Italy remains of great interest to scholars. As a kingdom on Latin Europe’s periphery, the Norman state is often characterized as a unique intermixing of Latin Christians with the native Byzantine Greeks and Muslims, fostering a vibrant multiculturalism. This was not the imposition of a north European ‘Latin’ culture on that of an established population, but a powerful and fascinating multicultural frontier.

While elements of this characterisation remain valid, new scholarship has brought to light the significant cross-pollination between Norman Italy and the wider medieval world throughout the eleventh and twelfth centuries. This collection emphasizes that it was not just a parochial Norman or Mediterranean entity but also an integral player in the medieval mainstream, highlighting Norman Italy’s contribution to broader historical currents.

It is important to mention that this volume honours and reflects on the pioneering scholarship of Graham A. Loud. It features chapters on topics, including the secular and monastic church, aristocratic networks, the papacy, crusading, urbanisation, Byzantium and Islam. It reassesses and recasts the paradigm by which Norman Italy has conventionally been understood, making it essential reading for students and scholars studying the region.

The Norman rule in Italy and Sicily was formally recognised as the Kingdom of Sicily on Christmas Day 1130. The Norman kings only held power until 1194 when the last Norman King, William III, was deposed by the Holy Roman Empire, although the ‘Norman’ influence in Italy remained for a while longer. The Kingdom of Sicily, under different rulers and in various forms lasted until the unification of Italy in the 19th century, but that is a different and much longer story.'