The University ranks highly as a ‘good place to work’

Staff Survey 2019 results benchmark our working experience against other universities 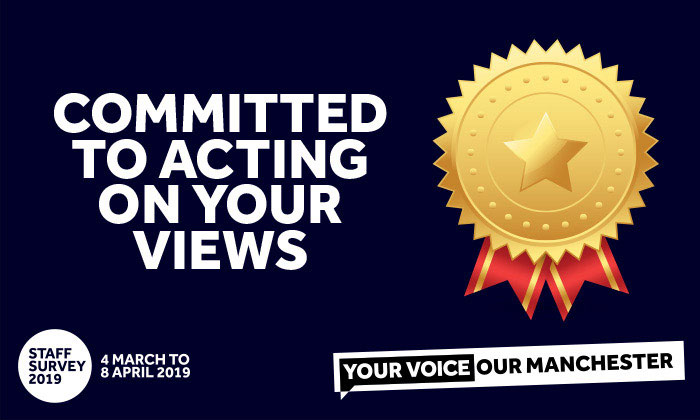 Following our Staff Survey 2019 earlier in the year, all the findings have now been collated and analysed by our survey consultants Capita. As well as the survey providing the leadership team with insight into our colleagues’ working experience, the responses also allow us to benchmark ourselves against other universities.

The final report received is the HE Sector Benchmark Report, this uses a framework questionnaire that enables comparisons between issues or questions, from which benchmark data can be produced. The University of Manchester has been compared against 12 other universities across the United Kingdom – who have completed staff surveys in the last two years – including King’s College London and the University of Birmingham.

The University has achieved 37 results better than the median, in areas varying from job satisfaction to physical environment. We have the highest proportion of staff who said:

The University achieved 28 results worse than the median. We have the lowest proportion of staff who said:

The University has the highest proportion of staff who said:

Although the survey has highlighted many positives aspects about working here, it has also highlighted areas that urgently need improvement. It is of course, of great concern that harassment and discrimination have been raised as issues we need to address. The Senior Leadership Team wishes to emphasise that discrimination will not be tolerated, and that we are taking urgent measures to tackle issues raised, and to prevent such behaviour reoccurring. SLT are continuing to identify other key areas that we need to focus on, and are currently finalising local-level action plans which will be shared with colleagues shortly.