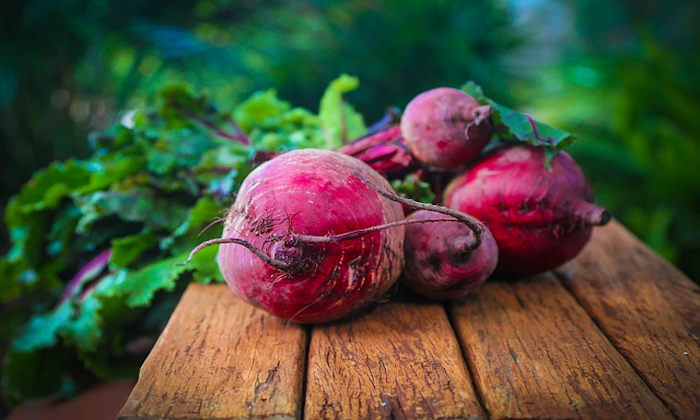 Twenty women at Saint Mary’s hospital, Manchester, with moderately high blood pressure were given a daily 70ml beetroot juice shot - which is naturally rich in nitrate - over 8 days.

Most of the women experienced increases in their blood nitrate and nitrite levels, two to three hours after taking the drink.

A second group of 20 women taking a placebo beetroot drink, which had the nitrate removed, did not experience any changes in blood nitrate or nitrite levels.

The study, published in the journal Nitric Oxide, was funded by Tommy’s, the British Heart Foundation and the NIHR.

Overall, there was no significant difference in blood pressure change between the nitrate and placebo groups.

However, in the women drinking the nitrate-rich beetroot juice there was a significant relationship between the change in plasma nitrite and the change in diastolic blood pressure - the pressure when your heart is resting between beats - 2-3 hours after drinking the juice shot.

Nitrate obtained from the diet is transformed in the body to nitrite and ultimately nitric oxide, which is linked to healthy blood vessels.

“It is definitely too early to say whether nitrate supplementation in the form of beetroot juice could be a potential solution to blood pressure control in pregnant women.

“But we did find differences between women in blood nitrite levels in response to nitrate-rich beetroot juice, which are likely related to the activities of bacteria in the mouth that turn nitrate into nitrite.

“Research from a number of other groups has shown that bacteria in the mouth play a key part in the transformation of nitrate to nitrite, and may determine whether an individual could benefit from dietary nitrate supplementation to lower blood pressure.

“Understanding this biology better could have important implications in our hunt for sustainable ways to intervene in the cycle which regulates blood pressure.

“Our next step will be to investigate the role of the bacteria that live in the mouth in determining blood pressure regulation in pregnancy, and how that links to the ability of nitrate supplementation to lower blood pressure.”

Consultant obstetrician Dr Jenny Myers, from The University of Manchester and Saint Mary’s Hospital said:  “Women with increased blood pressure are at increased risk of developing pre-eclampsia, and all the associated dangers of this such as poor growth of the baby in the womb, preterm delivery and maternal seizures.

“So if there are indeed benefits of having nitrate in their diet, it might have implications on the development of treatments for pregnant women with high blood pressure.”