Our staff recognised in the Queen's New Year Honours List

Congratulations for their achievements in the fields of health, business and economics 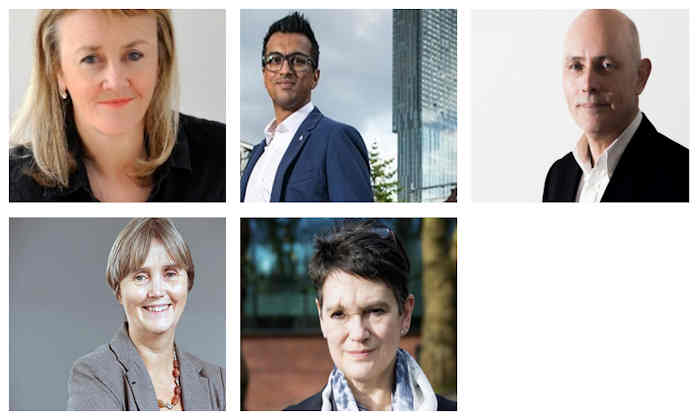 Five staff members have been honoured by the Queen in the 2018 New Year’s Honours list.

Professor Caroline Dive, the Deputy Director of the Cancer Research UK Manchester Institute, has received a CBE for her services to cancer research. Her work on developing simple blood tests to capture cancer cells could help researchers understand how lung cancer changes as it grows and spreads, and how it can become resistant to treatment.

Professor Diane Coyle has also been made CBE for her services to Economics and the Public Understanding of Economics. She is author of several books and was previously Vice Chair of the BBC Trust (to April 2015), a member of the Migration Advisory Committee (2007-2012) and the Competition Commission (2001-2009).

Professor Chris Griffiths has received the OBE for his contribution to dermatology. Professor Griffiths is Foundation Professor of Dermatology at the University and Consultant Dermatologist at Salford Royal NHS Foundation Trust. He has a particular interest in psoriasis and also leads a large research programme on skin ageing and is the founder of the skincare company CG Skin.

Congratulations to this year’s recipients.