Learn how tyranny is toppled 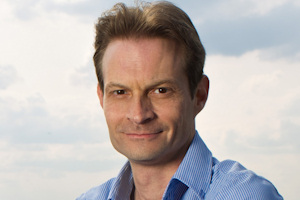 He will be speaking about people power and his inspirational life, which he has dedicated to nonviolent protest against oppression in many parts of the world.

The lecture will be from 3 to 4:30pm at the St Peter’s Chaplaincy main lecture theatre, Oxford Road

Through his nonprofit organisation, called the Centre for Applied Nonviolent Action and Strategies (CANVAS), he advocates nonviolent resistance as a way to promote human rights and democracy.

Founded by Popovic in 2003, CANVAS has been a driving force in against tyranny and human rights abuses in 37 countries, including Zimbabwe, Burma, Iran and Venezuela.

The CANVAS handbook, "Nonviolent Struggle: 50 Crucial Points", has been translated into 16 languages, including Farsi and Arabic.

It was downloaded 17,000 times from Iran during that country's 2009 protests. In early 2015, Srdja released a new book “Blueprint for Revolution”.

Dr Elena Barabantseva, Senior Lecturer in Politics, organised the event. She said: “We are thrilled to host this remarkable man, and are looking forward to learning about his work in democracy movements across the world. It will be well worth coming along.”

To register for this free event, visit: