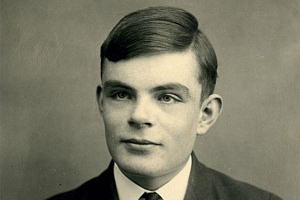 Sir Dermot Turing, a nephew of Alan Turing, has released a new biography. Alan Turing was an extraordinary man who crammed into a life of only 42 years the careers of mathematician, codebreaker, computer scientist and biologist. He is widely regarded as a war hero for his codebreaking work at Bletchley Park, and considered to be the father of theoretical computer science and artificial intelligence, as well as a pioneer of developmental biology. He spent the last 5 years of his life working at the University of Manchester, where he produced some of his most creative, but still little-known, ideas.

Turing’s conviction for gross indecency in 1952, followed two years later by his untimely death, brought a terrible end to a life packed with achievement. In that context it has been hard to discover the real man behind the story.

At this event, Sir Dermot Turing - Alan Turing’s nephew and author of a new biography on his uncle - will share personal insights, family stories and research from his book, including interviews with Alan Turing’s contemporaries, unseen photos and material not available to previous researchers. He will focus on Alan Turing’s Manchester years and the life-long influence which Max Newman, head of his Department at the University, had on Alan Turing’s thinking and achievements.

There will be tea and cake after the event and a chance to discuss the talk more informally with Sir Dermot.