Schools in the Wirral, Devon and Buckinghamshire have provided the winning teams of codebreakers in this year's Alan Turing Cryptography Competition. 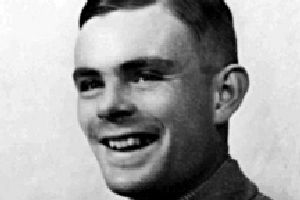 Launched in 2012 as part of the Alan Turing Centenary, the Cryptography Competition is now an annual event in the School of Mathematics.

The story follows the adventures of Mike and Ellie, fresh from discovering the long-lost 'Turing Treasure' in last year's competition, as they get caught up in a new cryptographic adventure around The University of Manchester, involving a mysterious ancient artefact - the Egyptian Enigma! Students were required to solve six codes to complete the competition.

This year's winning teams were:

Dr Charles Walkden from the School of Mathematics said: “Once again we - together with SkyScanner, the competition's sponsor - have been delighted with the amount of excitement and enthusiasm that the competition has generated, with almost 2,000 young cryptographers from all over the UK taking part to solve some fiendishly difficult codes.

"We've also had people from Australia, South Africa and North America (as well as several European countries) following the competition, showing that there's a global interest in the life of Alan Turing and his contributions to society. We're already planning next year's competition, starting in January 2014, which promises to be even bigger and better!”

Although the 2013 competition has now closed, you can still view the story and clues at: