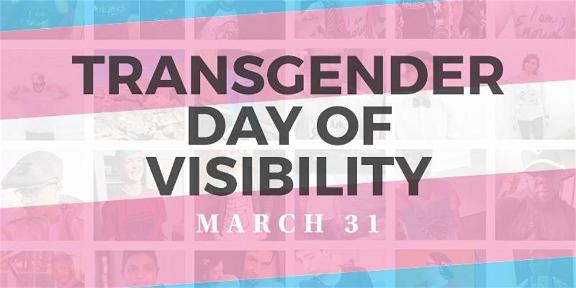 The first International Transgender Day of Visibility was held on March 31, 2009.

Stonewall Resources and stories can be found via these links:

The team from the Voice & Communication Team at the Indigo Gender Service (Nigel Cheng and Lizzie Jenner) provided a talk on speech and language therapy for trans and non-binary people in Greater Manchester.  Lizzie is an alumnus of the speech and language degree programme here at The University of Manchester.

148 students from around the UK joined in and raised £223 for the LGBT Foundation.

The webinar video is available from the University of Manchester video portal here:

Video portal of The University of Manchester

You can show your support to trans colleagues on TDOV by:

A riddle that makes you laugh when you finish it

Because the answer was in front of you all the time.

An ocean that people shy away from with fear

Although nothing’s as scary as driving the boat that capsizes in a storm.

A dance where I can wear what suits my performance

But clothes won’t stop people saying my moves are wrong.

And I have no regrets when I wake up with a sore throat.

A coffee shop where one day I order an espresso

Then a week later, I’ll come back for hot chocolate.

A movie Bright with technicolour and action

A lion whose roar scares and fascinates at the same time I am vulnerable without my pride.

A zebra Though I seem to blend in with the crowd of black and white If you look closer, you’ll find that my stripes have never been seen before.

A mountain Climbing takes determination, nothing but a faded map for guidance

But I have a team behind me, and soon the clouds will clear to show me the peak.

A library somewhere full of stories and information about me Old labels gathering dust in the back of a shelf.

A brick Thrown by the people like me, who began a movement

A symbol of a broken past being repaired.

My gender is not defined by what I wear

My gender is not defined by who I love

My gender is not my choice

My gender is Who I am.