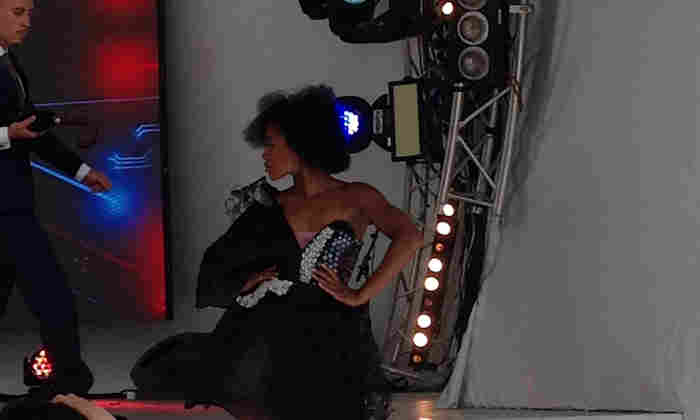 The little black graphene dress stormed the catwalk at EXPO 2017 in Astana as part of celebrations to mark the UK’s national day.

The University – which isolated graphene, the world’s first 2D material in 2004 – are co-sponsors of the UK Pavilion at the international energy expo.

“Graphene is a key feature of the UK Pavilion and a big draw to thousands of visitors - so it made perfect sense to include the graphene dress in the UK fashion show which displayed British flair and innovation,” said James Tallentire, a member of the University’s delegation at EXPO 2017.

Graphene, which is just one atom thick and a million times thinner than human hair, is being promoted to international audiences as potentially one of the most transformational technologies of our time.

These experts will be sharing their knowledge and experience at a VIP event on June 28 within the UK Pavilion.

The Manchester delegation is being led by Professor Steve Flint, the University’s Associate Vice-President for Internationalisation.

As part of UK national day celebrations Professor Flint joined a VIP tour of the expo site, including a visit to the Shell Energy Lab and the impressive Kasakh home Pavilion. Global energy giant Shell is sponsoring the UK Pavilion alongside the University.