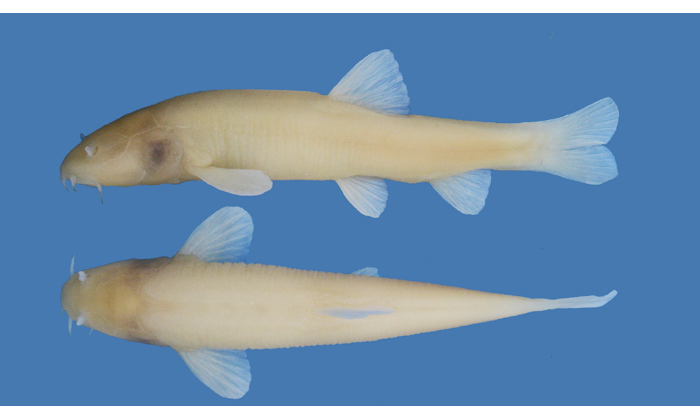 Graham's specialist interest is the study of subterranean fishes - cave fishes to most people - and he has just had a new species of cave fish from Iraq named after him.

His interest in cave fishes developed after he became a caver at age 13 and then a zoologist at age 18. Around 1979, a fish was found in Ingleborough Cave in Yorkshire and Graham was able to have its gut contents analysed and its age determined. It was only a stray Brown Trout but it raised Graham's interest in 'real' cave fishes and he began to study them.

As the only comprehensive work on cave fishes then available had been published in 1969 and was out of date, Graham began to collect information on species described since 1969 with a view to writing an updated book. Because so many new species were being described, the new book was only published in 2006 and is itself now out of date and out of print (though Amazon still have details on their database). However, Graham updated it as a book chapter in 2010 and continues to maintain a database of species, of which there are currently 215 in the world.

Explaining how he came to give his name to the newly discovered species, Graham said "A friend in Germany is working on fishes of the Middle East, which has quite a few cave fishes, and asks me to review the papers he writes with cave fishes in them. Earlier this year, after I had supplied data for a new paper on the number of fishes in different Families (something only I can do currently), he decided that my contribution to world knowledge of cave fishes was worthy of reward. I only knew of this when he sent me the paper to review."

Graham said of his namesake: "It is a very remarkable animal, which has probably been isolated for four million years in its subterranean habitat. It only came to our knowledge when a flood caused a new spring to appear and hundreds of pink blind fishes were washed out. I am delighted that it has been named after me!"

The video below shows the fishes ejected from their home by the flood: