Sharing the University-level results from the Staff Survey 2015 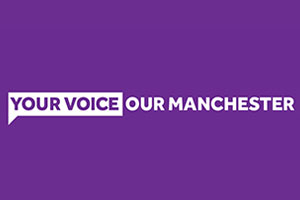 Capita, who ran the survey on our behalf, have put together the following report, which outlines the key findings:

The complete set of University-level results of the Staff Survey 2015 is available at:

This is the second time that the Staff Survey has been run with Capita, so this year we will be able to compare responses with those given in 2013, and begin to see any trends that are emerging.

There are several areas where performance has improved since the 2013 survey. One of the biggest increases has been around awareness of an individual’s responsibilities in relation to the University’s Dignity at Work and Study policy, which has increased from 68% in 2013 to 80% in 2015. Other areas showing improvement include the number of people having a performance and development review or probation review in the last 12 months, which has increased from 64% in 2013 to 70% in 2015.

So while these results are extremely encouraging, there are also some areas where we need to improve – in particular around the way that the University manages change and helps staff to gain a better work-life balance. University-level action plans will be developed in the coming months aimed at addressing the key issues raised in the survey.

Today, Heads of School, Directors of Professional Support Services areas, the Library and our Cultural Institutions have received both the University-level results and their own local sets of results.  These reports show both 2013 and 2015 results and emerging trends.  Heads have been asked to share these results widely with colleagues and carry out any further consultation with you so that they are able to put together an action plan for their area of responsibility.

These action plans will feed into either a Faculty, PSS or Library/Cultural Institution action plan, which will be approved by the University’s Senior Leadership Team in September, with actions ready to put into place from October 2015 onwards.  Progress against these action plans will be monitored and reported into Human Resources Sub-Committee.

Professor Martin Humphries, Chair of the Staff Survey Steering Group, said "It is pleasing to see an increase in the number of colleagues who felt positive action would be taken as a result of the survey (from 59% in 2013 to 63% in 2015), and I give you the same assurance that this will be the case as I did two years ago."

If you have any comments on the University-level results, please email:

You can also find out more at: