Submit a proposal to design and implement a European mass participation experiment by Friday, 12 June 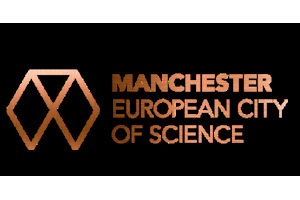 Manchester is the European City of Science until the end of 2016. It is a city with innovation, discovery and learning at its core – from the first programmable computer and atomic theory to the isolation of graphene and the first test tube baby. Not only are we celebrating the achievements of the past, but ground breaking science happening in Manchester (and the UK as a whole) right now. This designation is a first for the UK and with it comes a unique opportunity to inspire the next Turing, Dalton, Rutherford and Geim.

Through the award of European City of Science we intend to bring science from the margins into a wider consciousness with the general public, reaching new audiences and creating mass appeal. We want to engage a mass audience across the UK, Europe and potentially globally through a large scale, far reaching, participatory activity - a digitally driven citizen science project. This will allow us to build upon the real science happening in Manchester, reach new audiences and create mass appeal.

By bringing together the scientific credentials and research capability of the University of Manchester, the digital capacity and unpredicted global networks of the BBC, together with the support of Manchester City Council and the delivery partners of the European City of Science, we can do something truly remarkable with lasting impact and tangible benefits to the global scientific community.

We invite you to submit your ideas for a mass citizen science project that will be scientifically credible, capture the imagination of a broad swathe of the general public and appeal to an international audience. The winning idea will be fully supported, developed and launched through the European City of Science delivery partners, the University of Manchester, Manchester City Council, Marketing Manchester - alongside the BBC.

To submit your idea, please save and complete:

and email it to:

You will receive an acknowledgement of receipt.

Multiple submissions are allowed if you have more than one idea- please use one form per idea.